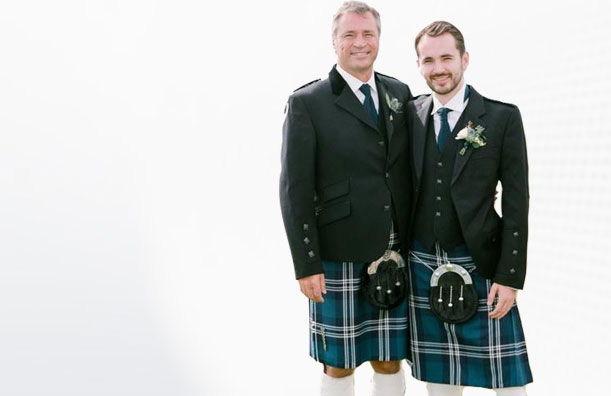 Scroll Our Top Categories For Your Scottish Culture.

Scotland Clothing is the best online store that is coming up with all its exclusive products. By knowing the importance of kilts in this modern era, we have inaugurated our best quality Kilts For Men, women, and babies. We are providing our best Wedding Kilts, Sport Kilts, Leather Kilts, Scottish kilts and many other kinds of kilts. We are not just presenting all types of kilts but also providing kilt Accessories. In our godown, there is a massive collection of kilts that are designed and stitch with modern machinery. The embroidery on these kilts is also creating with handmade. We use the best tartan fabric with outstanding self-print quality. This tartan fabric is perfect and never loses its color and print.

Kilts become the need of every person, Scottish people wants to wear it on special occasions. Therefore, our store is designing for almost every kind of kilt. Someone comes to our store and demands work kilts because he wants to wear them while going to working. He thinks that he can move quickly by wearing a work kilt while working. Similarly, another person demands a wedding kilt, because he wants to give a royal look to himself. Every kilt has a different purpose of wearing. Scotland’s clothing is not only to preparing kilts for men but also for women and kids. We know that every person from every age group has a love to wear kilts. In the national games season in Scotland and Highland games, everyone wears the same dress, which is called a kilt. When everyone wears the same clothing, it considered a united and strong nation with the same goals. They give a message to the whole world that they are strong nations. Our store also provides all kinds of Kilt Accessories like Bagpipe Bag, Ghillie Shoes, Sporran, Bagpipe Cords, Kilt Ties, Scottish Hats, and many other accessories are available here. All the accessories are designed and prepared with the best quality of pieces of equipment. 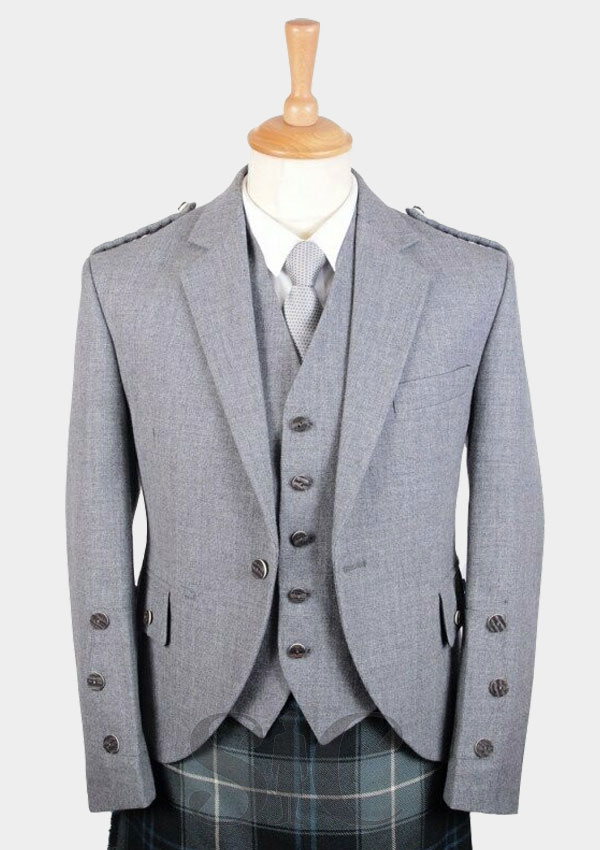 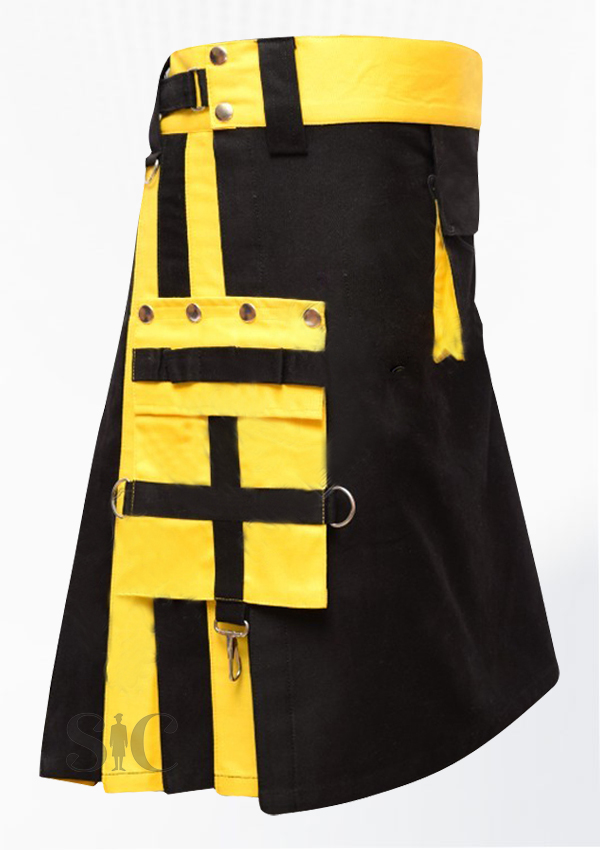 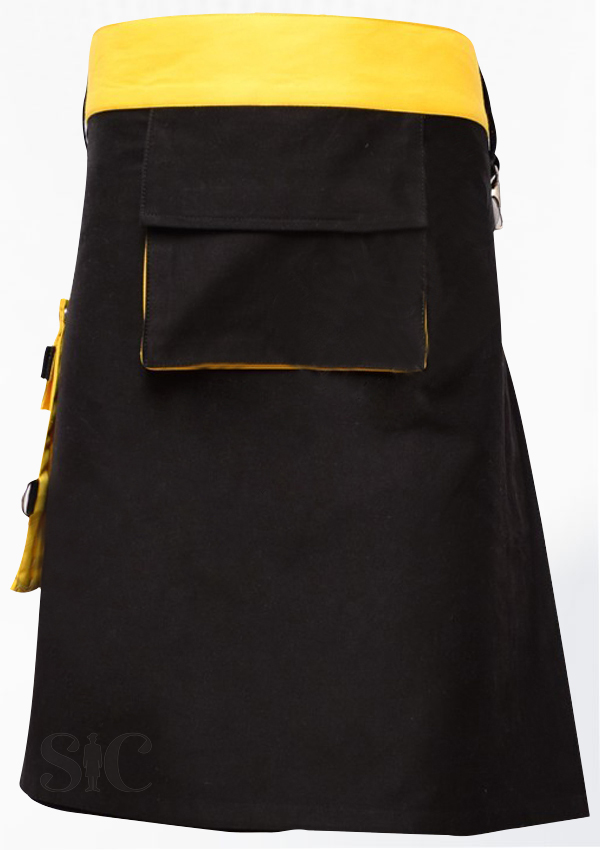 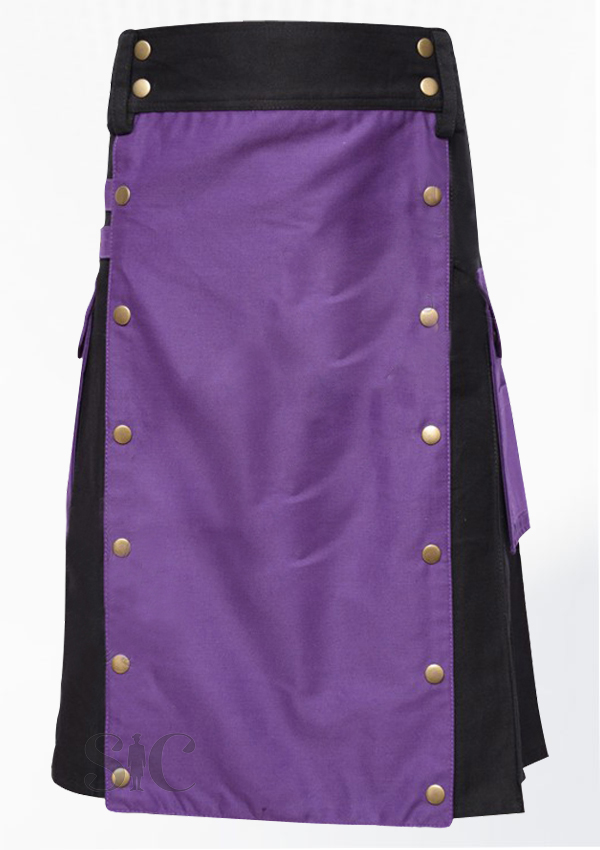 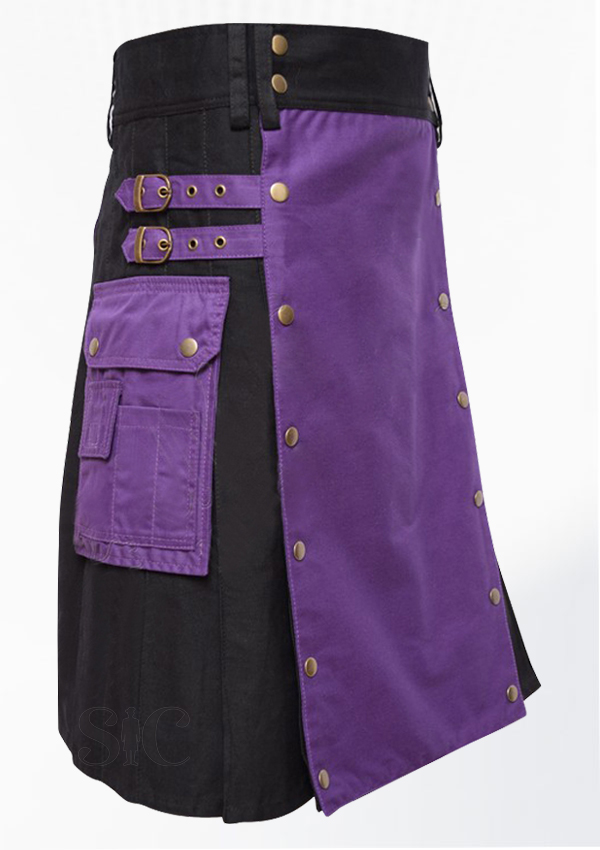 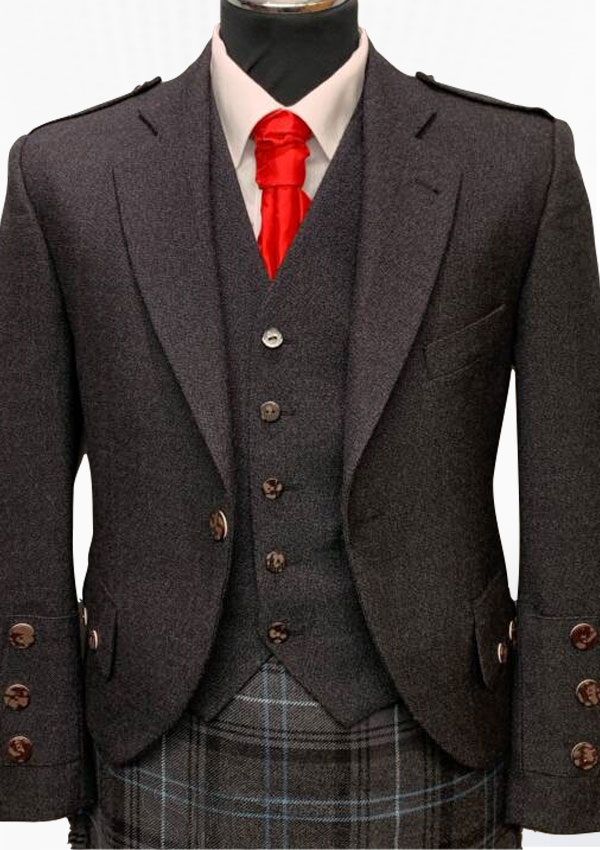 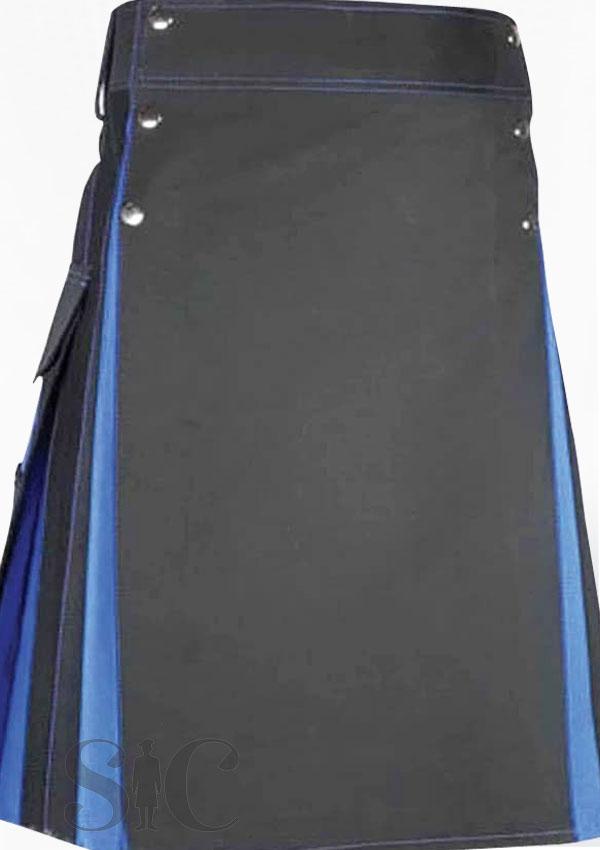 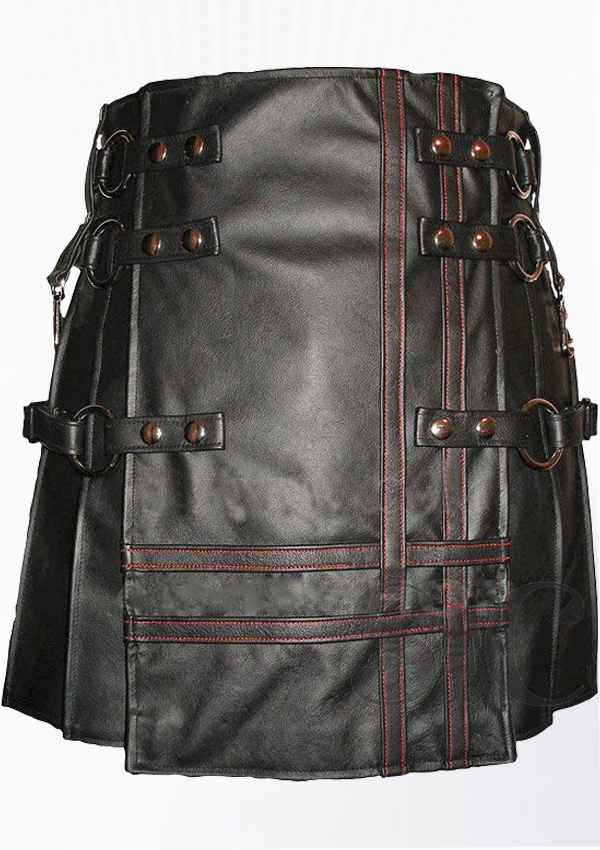 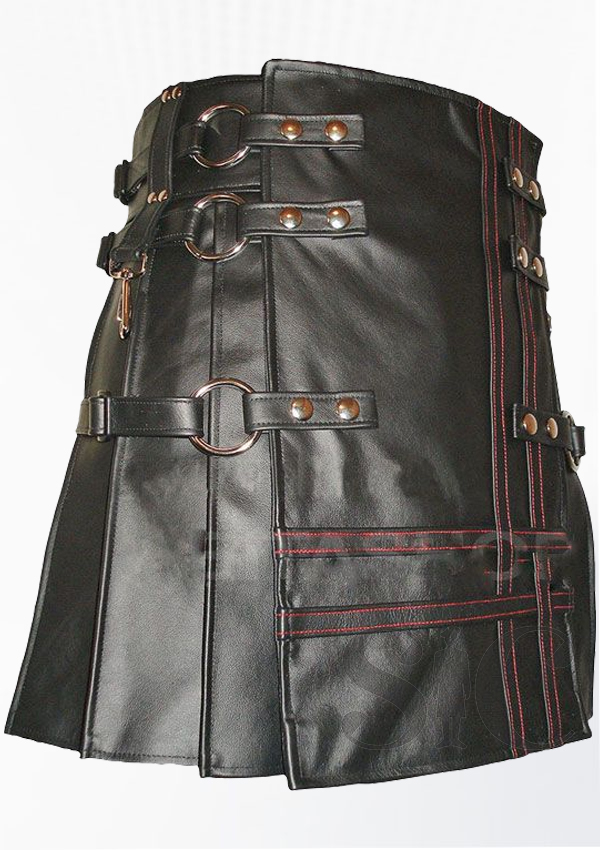 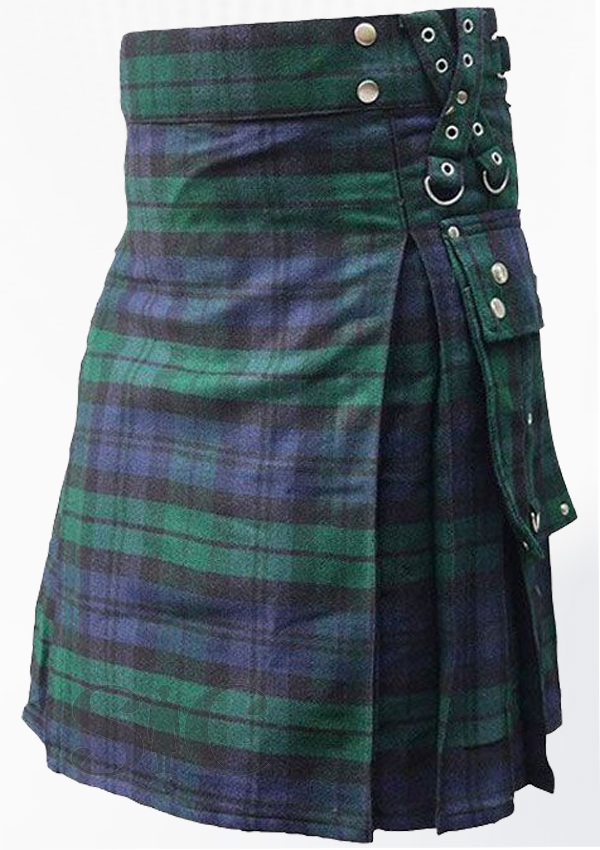 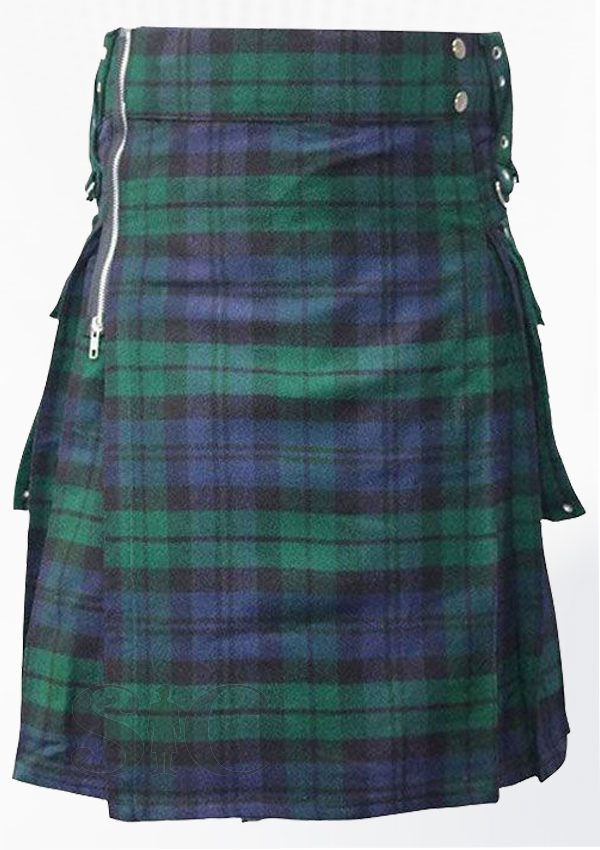 Traditional Scottish Clothing ( Kilts , Argyle Jackets , Accessories )  are regional or Traditional Clothes Of Scotland that Scottish people wear on special occasions. Traditional Scottish Clothing came into the limelight in the 16th century; it was famous due to its appearance. Initially, Tartan was used as the material with crisscrossed patterns all over in vertical and horizontal lines. But today it comes in multiple materials to make it more comfortable and wearable; materials like leather, cotton, and wool are the most famous ones.

A kilt is a piece of cloth that wraps around the waist in such a way that half of the pleats gather together around the belt. Kilts came into the limelight in the 16th century; it was famous due to its appearance. The word ‘kilt’ is a Greek word that means ‘pleated’. The kilt style comes with its accessories which were typically worn with it, in a sense it was almost like any other fashion statement. A knee-length kilt we see today came in the 18th century before that it was a full-length garment. The first man to wear it represented Scottish clothing in the Highlands. In medieval times, it came in brown, white, green, black. The people of the clan used berries and plants to dye these kilts, which is why the colors were limited. Kilts gained popularity in the 19th century, ever since it became a part of Scottish culture.

Today, the kilt is worn on all sorts of occasions or sports events. There was a women’s version of kilt which was known as arisaid. Women and men were seen wearing them on mainstream media and in fashion shows. With the popularity of kilts, the sense of authenticity and correct style also developed. Kilts were worn for ordinary purposes in British times rather than wearing them on special occasions. It was said to be the only national costume of that time. Kilts have been used as a uniform on the battlefield as recently as World War II, this Scottish clothing became the symbol of uniform for the army. The traditional kilt doesn’t have pockets so sporran is attached to it which is made up of leather or fur to serve the purpose. A sporran is a substitute for pockets to keep personal items. In medieval times, the sporran would be attached to the belt. Now, it normally hangs on a chain just below the buckle of the belt. There is no style statement here; sporran can be turned around the waist either way. Unexpectedly, women and girls weren’t fond of this traditional dress. They sometimes wore ankle-length skirts along with a tartan sash. Women also used to wear tartan- which was a sign of peace and prosperity. Today Scotland clothing has become the national symbol of their clan.

One of the most iconic things about Scotland is its traditional dress which is a kilt. Men and women in kilts are well known for showcasing fashion, but kilts are much more than just a piece of cloth. Scotland clothing is more of pride for the Scottish people.

Scotland’s history is incomplete without kilts. Scotland clothing brings kilts in many categories like utility kilts, wedding kilts, tactical kilts, and the list goes on. All these kilts are worn on different occasions.

Kilt jackets are part of the dress code; these added a modest touch to the kilts. Prince Charlie jacket, Argyle jacket, and military drummer jackets are a combination of formal and casual.

Ghillie brogues are traditional shoes to go with a kilt. It is a thick-soled shoe without laces. Laces are usually wrapped and tied around the ankle for a strong grip. Like males, females use to wear ghillie shoes with traditional Scottish clothing. But the sole of the shoes was thin comparatively.

The kilt comes with its accessories which add fashion to it. It includes daywear and evening wear, headgear, belt, sporran, footwear, weapons, jewelry, etc.

If you have any questions

Many years on the market